Featured in the Seattle Times: Light House on Puget Sound 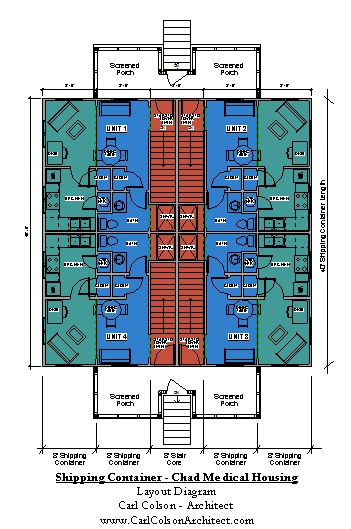 (This continues my previous post on shipping container
housing in Chad)

1) Dealing with the heat

A) It was decided that the shipping containers would be installed over concrete masonry semi-recessed basement walls and that there would be a “daylight basement” level for sleeping areas and the main level above would be the shipping containers modified as living areas. Recessing the lower level 5’ into the earth would help keep the lower level cooler as the surrounding soil is cooler several feet down from the surface.

B) The outer skin of the shipping containers (as well as part of the concrete basement walls exposed above ground) would be sheathed with reflective insulation board, which would be covered with a wire mesh and coat of cement plaster. Cement plaster is used in local building traditions. Reflective insulation board would help reflect the heat away from the exterior surfaces.

C) A metal roof over light metal roof trusses would be constructed above the shipping containers and its screened ends and eaves would allow the heat to escape before hitting the roof of the shipping containers. In addition, the roof of the containers would be covered with the same reflective insulation board. There might be operable hatch “vents” over the stairway ceiling to allow for a “chimney effect” to allow for flow thru ventilation of
air at night.

D) Evaporative coolers (the same type of “swamp coolers” used in the southwest arid regions of the US) would help cool the interior by lowering the temperature when the water evaporates.

E) All windows and doors would have roof overhangs to prevent direct sunlight from entering the interior spaces. Each entry would be in a screened porch with metal roof.

2) Appearance of the shipping container housing. Living in a shipping container might appeal to a certain portion of people who might consider it unique. Would the people in Chad feel that way or would they consider it demeaning? By giving the units a sloped metal roof and plastered exterior walls, the units look less like containers and more like tropical
housing and fits in better with the existing buildings in the hospital compound. These units are also used as living units for visiting medical personnel from other countries.

3) In order not to have the feeling of “tunnel vision” for the inside spaces, the containers were aligned side by side with a separation wall halfway through the unit. Openings were then cut between the side by side units to allow for larger and better ventilated living areas.

The drawings below explain how 4 containers were positioned,
with a stair “core” between the 2 center units. The drawings also show the
proposed layout of the units. 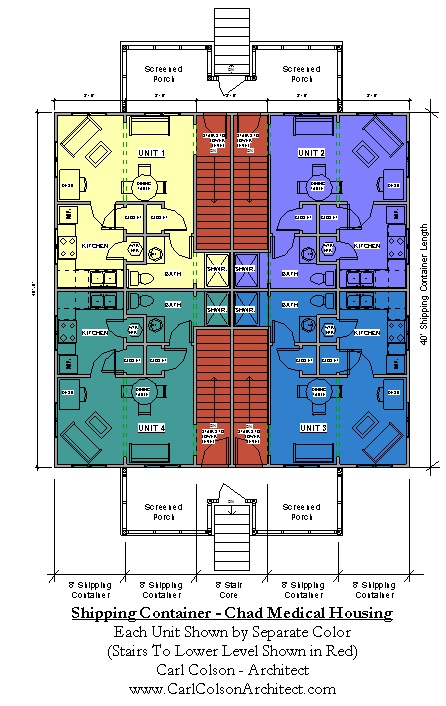 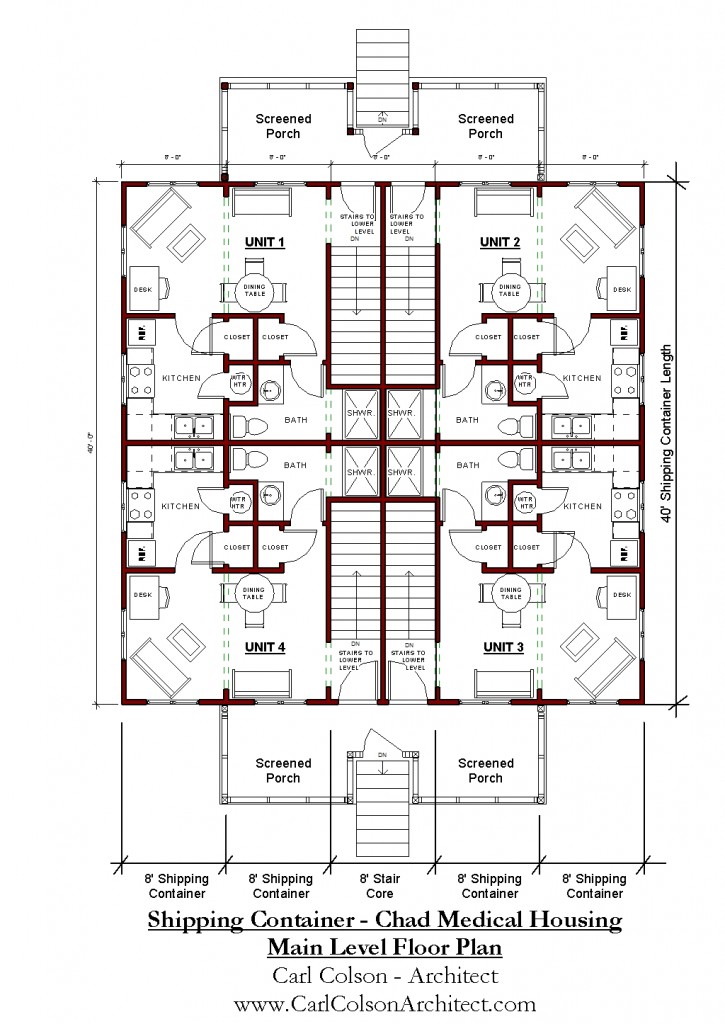 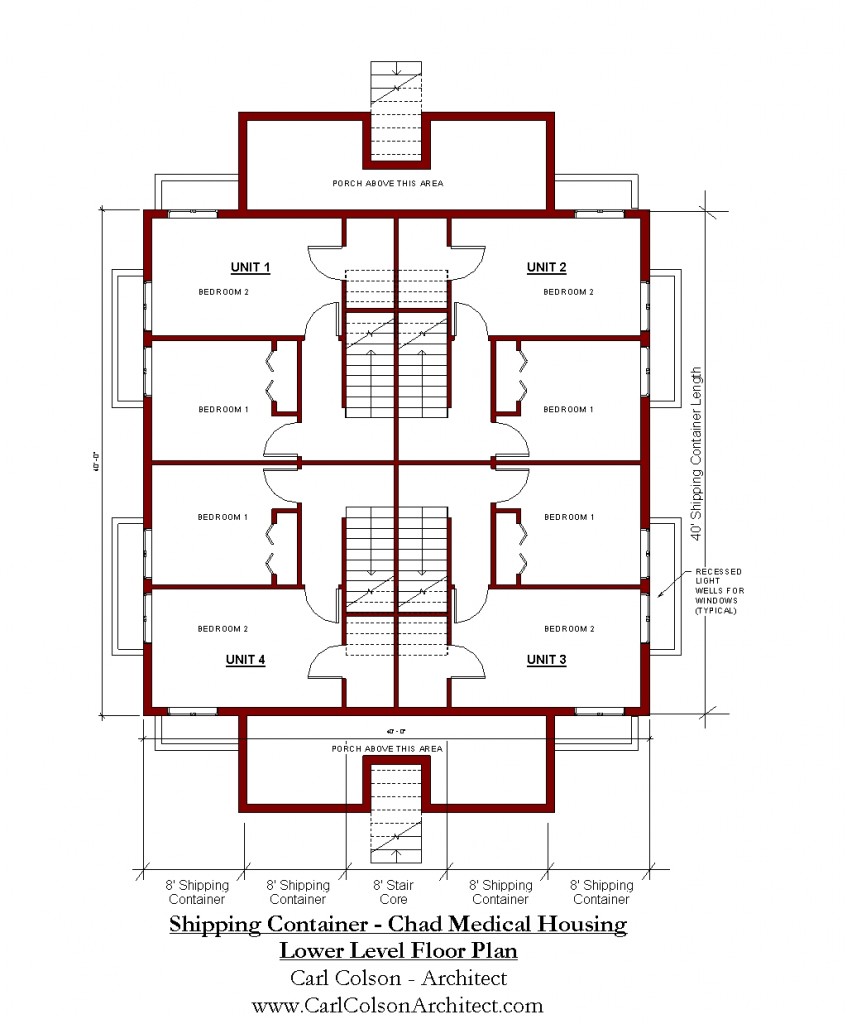